The best time for tree pruning is not in the fall but in the late winter. February is a great month for pruning in North Carolina. There are several reasons why pruning is best during the cold of winter. First, plants are in a state of dormancy during the winter cold and deciduous plants have dropped their leaves making it easier to see which branches need to be removed. Second, evergreens and deciduous plants have less sap flowing through them which results in less stress for the plant from the wound and reduces the amount of sap exposure. Open wounds can attract insects and diseases that can harm the tree.

There are a few exceptions where it is best to avoid winter pruning. Flowering trees that are the first to bloom in the spring form their buds during the fall. Pruning in the winter would prevent them from blooming in the spring. Examples are dogwoods, cherry trees, and redbuds. Trees that bloom before June should be pruned after the blooms have died. Evergreens are never truly dormant so they should be pruned after the growing season.
Reasons to Prune Trees:
• Broken, splintering, or bowing branches
• Dead or diseased limbs should be removed to prevent spreading
• Branches growing over power lines, roofs, or other structures
• Tree branches damaged by storms
• When branches cross, they rub against each other in the wind, eventually creating open wounds that invite insects and disease
• Tree branches can grow too low, obscuring sight lines of drivers and pedestrians

Pruning trees in the winter can minimize damage, heal the wound, and avoid dangerous diseases and pests. Call Integrity Tree Care before pruning lower branches or any other part of the tree to get an assessment for health and to identify any trees that have a high risk of failure. 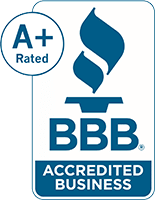